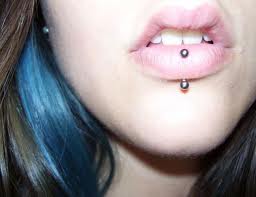 Body piercing, as with most forms of self-expression, is viewed differently by different people.  Some people (usually of an older generation) see it as a form of deviance or rebellion, at best, while others view it as a perfectly acceptable form of self expression.  According to a recent study, there is no firm evidence that exists that body piercing is associated with mental illness.  However, the same study linked a minority of piercing devotees to high-risk sexual activities as well as anti-social behavior (especially among adolescents).

It was also reported that the prevalence of body piercing ranged from 6.8 percent to 14 percent overall within the general population and from 4.3 percent to 51 percent among teenagers and young adults, with females more likely than males to have body piercings.  Whether you self pierce with a sterile body piercing kit or you go to a professional body piercer to have it done, wanting a body piercing does not make you crazy or self-destructive.  It’s just a form of expression.